Almost a “remake” of yesterday’s journey. On the second day of the European Youth Orienteering Championships EYOC 2013, Sara Hagstrom, Tobia Pezatti and Olli Ojanaho repeated the gold. Josefine Lind gave the note of sensation, offering to Denmark the most desired medal. 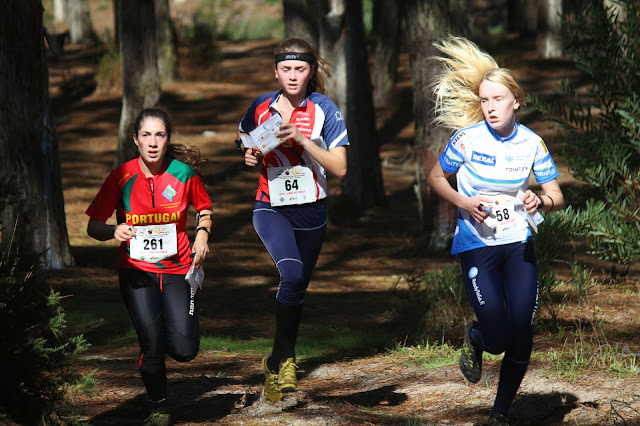 Sun and warm weather in a perfect morning, the beauty of a fresh and fragrant forest and challenging courses, both technically and physically. These were the ingredients that put a smile on the faces of more than three hundred and fifty participants at EYOC 2013's Long Distance course, held this morning in Ferrel, municipality of Peniche. With mapping by Luís Sérgio and courses setted by José Fernandes, the competition turned out to be almost a 'remake' of what happened on the start of the Championships, yesterday afternoon, in Óbidos.

The Swiss Tobia Pezzati and the Swedish Sara Hagstrom repeated their victories in M18 and W18 Classes, respectively. Two days, two victories and this feeling that seems to be easy to win, is something that Sara is keen to reject outright: “Actually, it was anything but easy”, began by explain the Swedish athlete, reminding one of the less good moments of her course: “It finally join several athletes that formed a 'train' and I felt very uncomfortable in front of this column, quite nervous, and I ended up making several small mistakes”. Praising the terrains and the green áreas, “technically very demanding”, Sara also highlights the “intense and motivating” struggle waged with her teammate, Johanna Oberg, who stayed just two seconds ahead. A fact that further grows the favoritism of the Swedish team in the Relay that will end the Championships, tomorrow morning, in Vale Benfeito: “I think so, I think that we have a good chance to close the season with a golden key”, she says.